Tai Chi is an art of moving meditation, an eastern system over a millennia old, designed to develop ones inner psychological, physical and spiritual growth. Its slow, gentle, graceful movements invigorates the nerve system, improves immunity and increases the strength of one’s whole being.  The teacher began Qi Gong up in Tibet in 1986 with renowned master Bruce Kumar Francis and was further enthralled by this art in China later that year. But in 1987 he suffered an awful knee-problem. After 18 months of failed treatments he contemplated surgery, but would soon experience the healing power of Tai Chi. When he first met his guru, Jay, he was told the knee would for sure heal by Tai Chi, but he scarcely dared to believe it. And anyway he had no money. But Jay offered to teach him for free if he would, as ‘exchange of energy’, agree to follow an ancient Chinese tradition. To practice at least 2 hours daily for 10 years and after that to teach for the rest of his life. Quite a commitment to make, but he agreed, promised Jay he would do that….and the knee miraculously healed within 10 days!

The name of the form is Tai Chi Chuan, Yang style, 37 movements, from Cheng man-Ch’ing, the greatest master of his generation and whom Jay had been trained by for many years. Also a shorter form is practiced, 8 moves, also yang. Courses are 15 and 5 days long for the two forms, at least 2 hours daily. First part of every class is devoted to various different Qi Gongs and students receive an e-mail how they are executed, to help their memory. The Tai Chi-form, however, has to be learned without any written notes. But students soon discover that already within a few days every new movement is remembered by the body. And as the body gets increasingly familiar with the movements of the form, also the mind gradually becomes more relaxed, empty and meditative. The teacher recommends that the students by then practice while listening to music, as it greatly helps to bring grace and elegance to the moves.. even rapture! If a couple would practice the form together and starting with their backs towards each other, about one meter apart, their combined, synchronized movements resemble those of animated exotic birds performing their magic in a mating-dance. Max 6 people per class, for proper care and attention. 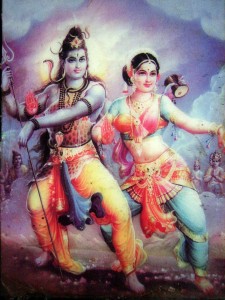 “To be able to relax while practicing T’ai-chi Chuan is the most difficult phase to go through. And the most valuable. To relax a person’s mind is the most significant obstacle to overcome in the practice of the art of T’ai-Chi. It takes a great effort to train and exercise one’s mind to relax (or drop one’s “self” bag).”
Cheng man-Ch’ing

The 120 photos in the gallery are from classes in dharamsala, ladakh, rishikesh, gokarna, tirruvannamalai, arambol, bali, nepal…